A Review of American Bullion, Inc.

Besides gold and silver bullions, American Bullion carries palladium and platinum metal bars and coins. American Bullion’s official website does a good job of providing necessary advice and information on precious metals. It also claims to have an Operations Department and an IRA Department meant to strengthen its customer service. American Bullion, Inc. describes itself as a flawless company, and as a way to prove its position it demonstrates positive testimonials in its website. Nevertheless, a smart investor would be wise to fully investigate this company to know whether its claims are true. Let’s see how we can help. 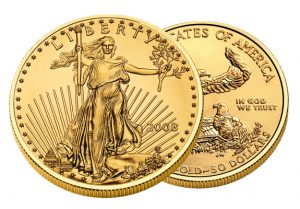 In addition you can find many precious coins that are suitable for ardent collectors. These include Liberty Head Double Eagle, French 20 Franc Rooster, British Sovereign and American Gold bullion bars(weighing between one and ten ounces).

Note: As an IRA account holder, you can only instruct your American Bullion custodian to invest your money in a specified precious metal. Special storage facilities managed by a custodian are provided to preserve the value of tangible assets. Private investors are, however, free to trade their premium metals. They should seek American Bullion’s assistance and advice as IRA does not administer private trades.

Given the fact that this company is pretty new in the IRA industry, it lacks many reviews compared to its competitors. If you only read testimonials shown on the official website, you might overlook important complaints. So you should read former customers’ reviews on the following websites:

Better Business Bureau (BBB) – American Bullion is a BBB-accredited business since March 15th 2011. It boasts of an A- rating, though BBB was upgrading its rating as of this writing. Several complaints were filed against American Bullion with BBB in 2013. Two of these complaints have been mark resolved since March of 2013 as BBB noticed good faith efforts by American Bullion to solve the complains. Reported problems were filed in the category of advertising and sales, billing and collection and products and services.

BCA – American Bullion has an A rating with BCA since 2011 until now. American Bullion responded to all the fifteen complaints filed against it with BCA. Customers who complained were infuriated by issues to do with bad customer care etiquette, false and misleading advertising, hidden fees and ordering one product and receiving a different one.  American Bullion’s former customers were mostly furious about additional fees. They claimed that the customer care staff waited until the sale was completed to tell them about the hidden costs.

Trustlink – Based on Trustlink website, American Bullion has a 5-star overall rating. This rating was achieved from a combination of nine, 5-star ratings.
Note: American Bullion is not yet rated on many other renowned websites. These include Yelp, Ripoff report, inside pages and city search among others.

Investment in physical precious metals has become a great substitute for intangible gold or silver stocks. Even so, new investors shouldn’t wake up one day and open IRA accounts with American Bullion or any other Gold IRA company, without performing due diligence. They should take the time to understand how conversion of former 401K accounts or IRA accounts into Gold or Silver IRA accounts would benefit them.

As you can derive from the ratings section shown above, American Bullion has its own shortcomings. You should clearly be concerned with extreme complaints like receiving a product you did not order. By the time your issue is resolved, the price of the item you ordered could have gone up. This means you would pay more money as the American Bullion keeps the profit you could have kept instead. However, it will be unreasonable to assume that you would have a bad experience as well. We encourage investors to investigate American Bullion, Inc. at their own disposal.

It has taken you many years to accumulate your retirement portfolio. So you cannot afford to make a single mistake when rolling-over your individual retirement account into a gold or silver IRA account. It is prudent to investigate this type of investment properly to know what you are getting into. Remember that a small mistake can put your retirement benefits at stake. You may want to start your exploration right here with us.

We’ve personally used Regal Assets for our investment needs. You can read our review on Regal Assets over here.